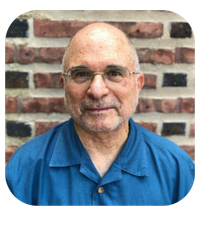 Words from the Author:

Not long after the searing events of September 11, 2001, I delved into the psychology and treatment of trauma in a specialized training program, fittingly, in New York City. I was amazed to realize that as a species we behave very much like a traumatized person. We’re violent, self-destructive, both numb and over-reactive, out of touch with our surroundings, and challenged to learn from our mistakes, … just like many people who live in the grip of overwhelming events. Humankind has always had a strong tendency to function this way. I reasoned that if en masse we behave as if traumatized, we must actually have been traumatized, en masse. Since traumatized individuals often reenact the events that wounded them, our violent destructiveness suggested that whatever had traumatized our species must have involved violence. What could that have been?

A few years later, as I was looking more deeply than I had before into the psychology of emotion, I was taken with another realization: as a species we also act like a person who’s trying to escape the emotions produced by the core experience of shame. We are prone to behaviors that protect us from shame-based emotions. Though the connection to shame may not be immediately obvious, these behaviors include addiction, raging, suicide, and hostility toward other groups. I reasoned that the circumstances that produced so much dysfunction must have involved widespread shaming. What could those have been? 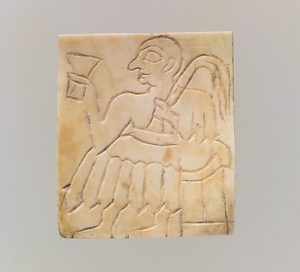 It struck me that the tablets and carvings from Mesopotamia whose stories I was learning depicted experiences that, if they actually happened early in the life of our species, would have been profoundly humiliating and traumatizing: de facto slavery for the entire population and service in endless warfare. Could the ancient tales be the key to understanding the sources of humanity’s blatant disturbance?

It dawned on me that my circuitous life path had led me to a unique place, one that gave me a pressing sense of obligation. I’ll explain. Early on, I’d had a good grounding in the hard sciences. I’d been a young astronomy buff and on entering college I was headed for a career in applied physics. Then I switched to the arts; my years as an architect enable me now to evaluate certain matters concerning ancient structures. After I’d leapt to medicine, my education oriented me in the somewhat softer sciences of genetics and evolution, quite relevant to the matters at hand. Next, my experience as a psychiatrist schooled me in the dynamics of human dysfunction. Encountering the work of Wilhelm Reich, radical psychiatrist and scientist, I woke up to the fact that generally accepted scientific ideas may be quite wrong. Deeply sensing the truth in Zecharia Sitchin’s interpretation of the Mesopotamian texts and carvings, it seemed as if I had in my hands all the pieces to an enormously complex puzzle…and that I was obligated to do my best to put it together. 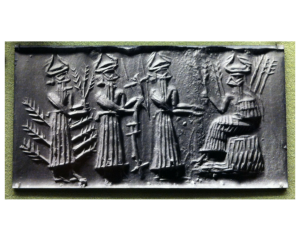 As I pondered all of this, Evolution Diverted started to take form. When for the very first time I mentioned I had a book project to someone I encountered, she asked if I was writing nonfiction or fiction. I surprised myself by saying that it would be a work of anti-fiction. I was thinking that if the Mesopotamian tablets and carvings revealed our true story, as I’d come to believe they did, a great deal of what we consider to be our biological and social history is widely accepted fiction, not fact.

My witticism had come easily. It reflected what, as a psychiatrist, I’d done for many years: confront fictions that are thought to be facts. When we’re young, we create stories about what we’re living through, both to soften the memories we are laying down, and to make sense of the world as best we can, given our childish understanding of things. Those stories are preserved, and as a result the mind of an adult operates with memories of early life that mix fact with fiction. Actually, that’s true not only for a grownup’s memories of the past, but also for his perceptions of the present, since one’s world gets interpreted through the frame of the stories laid down in childhood. I’d found that success in psychotherapy required liberating the reality of what occurred in the past (as well as the reality of what’s going on in the present) from the invented scripts that conflate with historical truth and color reality.

I’d witnessed how the liberation of truth could bring healing to a motivated person. I began to envision such a process on a vast scale. Perhaps what I was starting to write might have a role to play in a transformation of that sort. I imagined humanity making good use of a mass anti-fiction campaign.

It was more than my personality that was making it easy for me to challenge generally accepted ideas in the way my book would do; it was the knowledge I’d gathered from the works of nonconventional scientists. In their books they’d developed radical theses using information ignored or trivialized by the authorities in their fields. For anyone able to approach their works without preconception, what those authors proposed often successfully upended conventional principles and laws in many fields, including astronomy, cosmology, nuclear physics, virology, cellular biology, medicine, psychology, and anthropology.

I learned thanks to those neglected and denigrated thinkers that some of the basic beliefs scientists hold dear are wrong…and that in consensus scientific thinking, valid principles and laws with bases in sound logic and methodology are interwoven with totally invalid concepts. The errors in widely accepted ideas have many sources: obedience to dogma, professional jealousy, intellectual laziness, fear of nonconformity, personal ambition, and egoism … aided and abetted by poor statistical analysis, shoddy logic, and fraud. The practice of science can be flawed, as any human enterprise can be, and as a group scientists are more resistant to self-correction than they claim to be.

Though Evolution Diverted is based on the efforts of scholars and scientists, it was never meant to be a scholarly or scientific work. Even if I could have mustered the patience to make it one, which is doubtful, I came to this task too late in life to have had the opportunity. If this book has the inherent authority I think it has, there’s no need to add the look of authority that extensive referencing would afford. I realized early in the writing that I ought to be directed to inspiring, not to convincing.

This is a visionary work meant to energize labors in a number of disciplines, to open the way to a more truthful world view than our present one…and thus to give the human race a better chance at achieving a long and healthy future. Under the most favorable of circumstances, it will take time for this book’s theses to be substantiated, for its message to gain broad acceptance, and for effective action to be the result. I pray that the work has been well enough conceived and executed that eventually those who are directly or indirectly inspired by it will accomplish its mission.