In Evolution Diverted we discussed how civilized humanity, when regarded as a unified entity, operates very much like a person trapped in trauma. We noted that the neural elements that generate the trauma state in a person are centered in the brain stem, the visceral or reptilian portion of the brain. And we reasoned that the original source of our species-wide traumatization was our earliest ancestors’ service in the endless wars of the Anunnaki lords…over many thousands of years.

We also discussed how civilized humanity, when seen as a whole, operates much like a person trying to escape shame emotions in which he is entangled. We noted that the neural elements that generate shame emotions in someone are centered in the limbic system, the emotional or mammalian portion of the brain. And we reasoned that the original source of this species wide over-sensitization to shame was the humiliating conditions of life for our first ancestors, slaves of the extraterrestrial lords…for all those many centuries.

In this article we consider another parallel between individual psychology and mass dysfunction. It’s a parallel that leads to the discovery of one other source of our eternal suffering. Knowing that source enables us to better understand why civilized societies tend to work at cross-purposes, often aiming at opposing goals and engaging in conflicting pursuits.

Some time after finishing my work on Evolution Diverted,I realized that civilized humanity, when seen as a single entity, operates also like a person with multiple personalities. The neural elements that generate that severely dissociated state are centered in the frontal cortex, the thinking or human brain. And as I will reason below, the original source of this species wide condition is in the circumstances of the extra-ordinary birth of our kind.

In current diagnostic terms, the condition of having multiple personalities is known as Dissociative Identity Disorder, or DID. I propose that the source of the mass form of this kind of dissociation was in the presence of three complete forms of consciousness at the time of humanity’s birth… conscious entities that have never had a chance to integrate.  I propose that these fields of consciousness persist, independent of each other, unrecognized by conventional thinking. They are the consciousness of our terrestrial hominin parent, that of our extraterrestrial humanoid parent, and that of the very first humans.

In a person with DID there’s an executive personality, thought to be the “real” person, the principal face to the world. This main personality is not aware of the presence and nature of the sub-personalities, except when it has to deal with the consequences of a sub-personality having taken charge for a time.

In persons who don’t exhibit more than normal levels of dissociation, conflicted emotions and thoughts are balanced and integrated, perhaps well, perhaps poorly. When such a person’s thoughts and feelings take over for a time, she is aware that they constitute a transient state. But in DID the executive personality is dormant when a sub-personality is “out”. Afterwards the “alter” recedes and returns to a state that’s outside the awareness of the executive personality.

The analogy between DID in an individual and the condition’s mass version isn’t perfect. For one thing, the three forms of mass consciousness present when we came into existence are never fully submerged. As we will see, the mass manifestations of civilized humanity’s sub-personalities are always “out”. Yet the parallel holds in this important regard: the dominant culture is unaware of the existence of separate, independent, persisting forms of mass consciousness. This is so largely because they are rooted in a past that’s hidden by mass amnesia. In conventional thinking it’s simply observed that civilized cultures exhibit inherent contradictions. Yet there’s actually a discreet tri-partite division underpinning the contradictions, as we will now explore.

First, there’s the consciousness of Homo erectus. We can extrapolate much about the way of life of that creature, our immediate predecessor, from the lives of his nearest living relatives, the great apes. The great apes live in small groups, their instincts producing orderly societies in harmony with Nature. Some religious traditions, when they hold that humanity originally lived in a state of grace, are intuiting the existence of humankind’s terrestrial parent species. Aspects of Homo erectus’ way of life endure, manifesting in…

• A love of Nature and an insistent curiosity about natural function.

• A commitment to good stewardship and environmental awareness.

• An enjoyment of being in nature and an interest in outdoor activity.

• A sensitivity to Spirit in natural forms, both living and non-living.

• A love of gardening and a devotion to farming.

• An interest in low-tech skills and simple living.

• An honoring of the contribution of every member of the group.

• A valuing of communal consciousness and of truly earned authority.

• A commitment to the welfare of the group and to its future descendants.

In civilization, there are persons and organizations that adopt many of these values. In most civilized cultures such people are in the minority. In indigenous societies, these values are the dominant ones. The ancestors of the native peoples of Earth, the ones who left the domains of the Anunnaki, developed societies grounded in the consciousness of Homo erectus. They were able to shape their cultures around that inner voice after they escaped the influence of their extraterrestrial lords.

The surviving indigenous cultures are a resource for raising awareness of H. erectus’ voice within everyone. Some of their members are already striving to do that, integrating native traditions into the dominant society through personal effort.

The second of our original voices is the consciousness of the Anunnaki. From the Mesopotamian texts we deduce that they were technically advanced space travelers, a traumatized race with a rigid social structure. The planet from which they’d come, a mechanized, artificial world, had once been much like Earth. In civilized societies the consciousness of the Anunnaki is manifest in…

• A sense of alienation, of not truly belonging here.

• A blind determination to exploit the planet’s resources.

• A compulsive drive to use those resources to accumulate wealth.

• An obsession with rank and status and a drive for power and control.

• A preference for rule from above, in the form of kingship and autocracy.

• An embrace of war as an integral part of life, along with violent sport.

• A fascination with high technology and a tendency to blindly advance it.

• An interest in astronomy and a drive to voyage into space despite the cost.

In civilization, some persons and organizations adopt many of these values. From time to time societies arise that are entirely dominated by them. Obviously, this voice presents threats to humanity’s future. Yet if engaged in a way that’s free of judgment and with an appreciation of the mass trauma that shaped the culture of Nibiru, this voice has much to offer for the future of humankind.

Thirdly, there’s the consciousness of the first Homo sapiens, the genetically mixed servant race that was crafted by seemingly immortal lords. They entered a world with no environmental niche and no clear guidance from instinct or from a community of their own kind. Inferior, dependent, and enslaved, theirs was a sorry state. Their consciousness shows up in these ways…

• A dread of death and irrational beliefs meant to deal with the fear.

• An unresolved confusion over identity, purpose, and place.

• A self image characterized by inadequacy, deficiency, and dependence.

• A behavior pattern marked by subservience, obedience, and gullibility.

• A feeling of powerlessness and a conflict over personal responsibility.

• A hunger for rulers, providers, and saviors…and for a certain kind of god.

The persons and groups whose lives are dominated by these characteristics were excoriated by Friedrich Neitzsche, warned against by John Adams, ridiculed by H.L. Mencken, and recruited into cults like Donald Trump’s. Their weaknesses and grievances derive from the first humans’ living for ages as slaves of the Anunnaki, and from having lived in re-enactment ever since. For the multitudes in this condition to contribute to humanity’s future in a positive way, they will need to be heard with sympathy and treated with compassion.

For the sake of completeness, a fourth ancestral voice ought to be mentioned, though its explication is beyond the scope of this article. It was not one of the original three forms of consciousness. It came about much later through interplay between two of them. When male Anunnaki commoners and females of the original human race married, a new hybrid came into existence…a breed more like the Annunaki than humans had ever before been. Emulating their extraterrestrial lords, they became the human elite. However, their privileged status has never felt secure. They bear within the only sense of self that humans had known from the start, the powerless servant. Their relationship with ordinary folk is a projection of an internal struggle to keep unaware of the slave within. It has caused immense suffering.

In Evolution Diverted the idea of three ancestral forms of consciousness, original voices within each person, was introduced in the section What Now? Recognition of these forms of consciousness, distinct entities with three historic sources, remains well outside the range of conventional thinking. The main cause for these inner voices’ not being recognized is the mass amnesia that obscures our extraordinary, manipulated origin. Another obscuring factor is the way in which they can mix with each other. A man may operate like an Anunnaki tyrant with his family, an obsequious early human with his employer, and a peaceful Homo erectus in his garden. A molecular biologist may combine a passion for learning about nature with a pride in the mastery of high-tech tools. And so on.

It’s much the same with cultural, racial, and national groups. In social groups, combinations of our three original forms of consciousness can manifest in a variety of ways. For example, cultures may shift between democratic self-governance (Homo erectus’ way, of life), rule from above, (the Anunnaki’s, for those in charge and the first humans’, for the subject masses), and combinations of the two.

In Evolution Diverted when discussing the presence of the three ancestral voices within, we spoke of the personal healing that begins spontaneously when one wakens to their presence. Everyone who’s experienced that process can bear witness to it. How an awakening to our three archaic voices will affect the way they manifest at the mass scale is impossible to predict. It’s reasonable to hope that when the continued presence of our three original forms of consciousness is widely accepted (and when the problems presented by our conflicted fourth voice are effectively addressed) transformations in society will spontaneously begin. The innate tendency for the components of complex natural systems to function in unity would then facilitate the healing that civilized humanity must have in order to survive.

Preamble: If you were a scientist, your work shaped mostly by episteme – that is, based in factual evidence and logical reasoning – you’d say that the hypotheses in this article warrant examination and testing. Read more…

Evolution Diverted proposes that humiliating conditions imposed on humanity early in our existence produced oversensitivity to the affect of Shame. Societies having rarely learned to deal rationally with Shame, ways to escape its feelings became Read more… 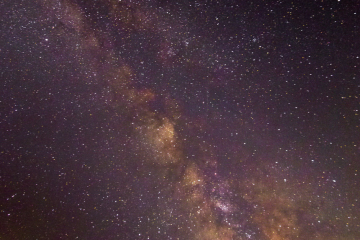